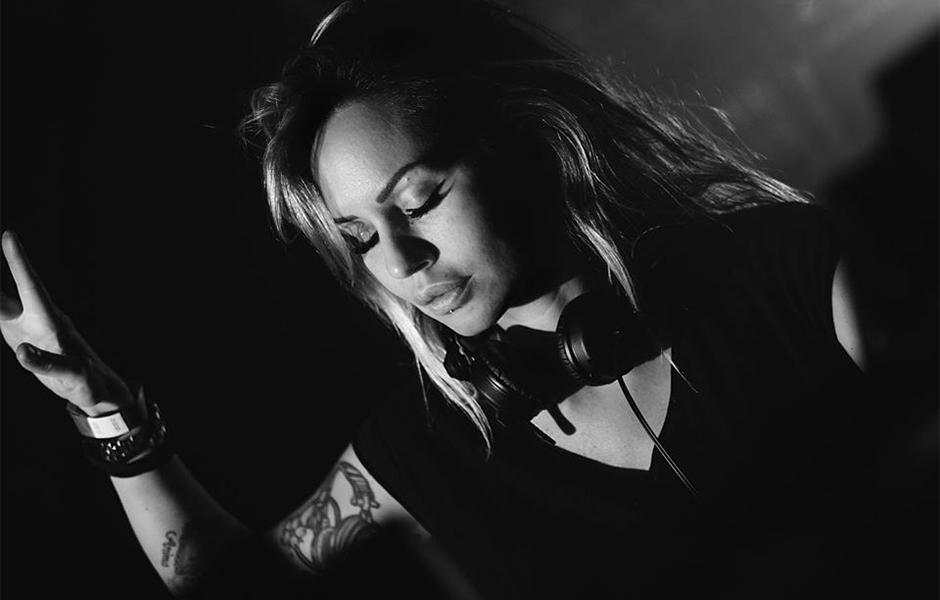 No accurate depiction of electronic music culture would be complete without special mention of Deborah De Luca. Widely acknowledged as one of the most prominent flag-bearers for Techno globally and a regular fixture inside the world’s most distinguished DJ booths, Deborah has the unique ability to transfix crowds with her electrically charged, technically nuanced sets, fusing hard techno with minimal grooves and melodic soundscapes to absorbing effect. A pioneer in the use of social networks as a promotional tool, whilst somehow managing to retain a strong sense of discretion in her private life, Deborah is unrivalled in her determination and passion, earning every part of her current status as one of the most exciting talents to emerge from the international Techno scene over the past decade.

Born under the shade of the infamous Vele di Scampia – one of the toughest districts in Naples – the now-globally recognised DJ, producer and label head came from humble beginnings, forging her path to international success against unlikely odds. However this was to become her making. “You shouldn’t let anybody tell you what you can or can’t become”, she expounded in a rare interview, referencing her early livelihood as a nightclub dancer. “It’s true, in recent years I have gained popularity, but I am very grateful for the long journey it’s taken”. More than anything else, Deborah’s roots and her unwavering ethic are an integral part of the flourishing artist we see before us today.
Deborah spent the formative years of her musical career in Northern Italy, following a brief stint at fashion school in Modena. Cutting her teeth on the European club circuit, where she quickly realised music was her true calling, Deborah’s hard work and relentless determination eventually began to pay off and in 2013 she launched her very own imprint Sola_mente Records. Created as a platform by which to release her own music, free from creative pressure and external constraints, the label went from strength to strength and in November 2018, Deborah marked a decade-long career in the industry with the critically acclaimed release of her debut album ‘Ten’. A huge milestone for the Italian producer, ‘Ten’ represented an important rite of passage and a body of work that she would cherish indefinitely.
Dubbed by many ‘The Queen of Naples’, it’s behind the console where Deborah still feels most at home, travelling from continent to continent each week playing at some of the world’s most prestigious events. Delivering high-energy performances at huge international festivals and intimate nightclubs to performing breath-taking live shows broadcast to millions worldwide, there really aren’t many situations to which she can’t turn her deft hand. Passionate and industrious, charismatic yet introverted, Deborah De Luca has already left an indelible mark on the music industry and she’s only just getting started.